Amazon Prime Video is an official video streaming platform by Amazon. The service comes as a part of an Amazon Prime subscription and lets you watch a variety of original TV shows, movies, and series along with popular titles by third-party studios and live TV channels. Similar to other popular streaming platforms, you can run this on virtually any device.

Unlike, say, Netflix, Amazon doesn’t focus only on original content. Of course, the platform can offer dozens of great original titles, but there’s also an option to stream over 150 TV channels online as well as full-length movies and kid content. The list of originals includes such hits as The Man in The High Castle, Homecoming, The Boys, Goliath, Undone, Jack Ryan, Mozart in The Jungle, and many more. Due to the large library of non-originals, you won’t get bored by the service after binging a couple of your favorite originals. There’s always something to watch as Amazon provides originals by such famous studious as Showtime, HBO, STARZ, and Cinemax as well as their large libraries of sub-owned movies and shows.

While part of the content is available under subscription plans, you can also buy or rent particular titles (usually new hit movies). If you buy a file, it will remain in your library forever. But if you don’t need a title for your collection, you can simply rent it and pay less for a single-time watch.

Amazon Prime Video comes with a built-in IMDb database that includes everything you would like to know about the actors, songs, and anything else related to the titles you love. The metadata can be revealed in real-time so that you can tap on the screen to see the names of the actors who are on the screen at the moment.

Similar to Netflix, you can run Amazon Prime Video and other services of the Prime subscription on any iOS and Android device as well as in any web browser and on domestic devices, such as smart TVs, set-top-boxes, and gaming consoles. Most of them would have the app pre-installed along with the apps by other streaming platforms. There’s also a nice option to stream video from your mobile device right onto your Chromecast, Apple TV, and Fire TV devices. Otherwise, just install the app on one of these boxes and enjoy cloud sync that makes it possible to stream from the last moment on any connected device.

Amazon Prime Video is one of the best streaming services on the market today. With dozens of hit original series, you can stick to the screen for months. It also offers nice streaming plans for individuals and families. If you get the full Prime plan, you can use a variety of other Amazon services without the need to pay for each service separately. 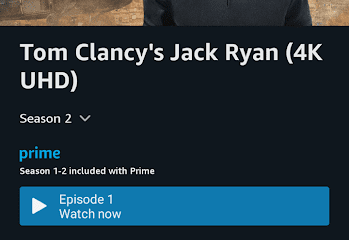 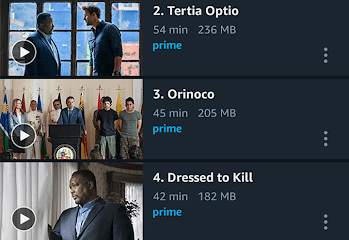 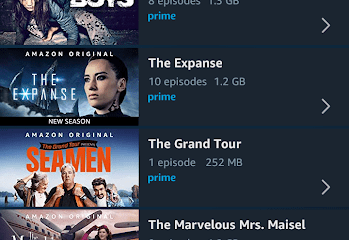 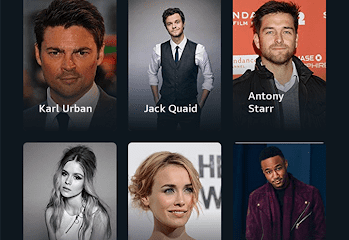