Hitmasters is an action and puzzle game developed by Playgendary. It was released on December 30, 2019.

What is Hitmasters Game About?

Hitmasters is an updated version of the classic physics puzzle genre, but with an emphasis on action. The player controls a stationary killer with a weapon, whose goal is to clear each level of bad guys. You may attain this in many different ways. For example, you can shoot various explosives or other objects in various physics-based puzzles. The levels start out quite simply, but, unfortunately, they remain uncomplicated. There is nothing wrong with that if you are looking for a game to play for an hour or two and relax. To download Hitmasters go to the download page, where we have collected links from official sources.

What's really impressive is the amount of effort that Playgendary Limited has put into specific features. The visuals, character designs, and original music are all unique, fun and totally wonderful. You will be especially touched by the cute little dance and the emotions that your killer can perform during downtime.

In addition, there are dozens of unlockable skins for both hitman and weapon, almost entirely made up of generic versions of pop culture icons. The fascination of shooting people with a portal pistol, like "Gordon Freeman" or "Batman", of course, will not pass you by. Download Hitmasters and enjoy the game!

In Hitmasters game, all you have to is to walk around and shoot bad guys. To do this, the game provides you with a variety of weapon skins, your personal room where you can customize the character, and many levels to complete. You will feel like a real 007 agent on a mission, or Iron Man defeating bad guys. By the way, you can get new skins for your character by just watching the ad on the menu. The skins collection in Hitmasters is really huge. The game is cool, however many users say that it has too many ads, and it worsens the whole game experience.

Each level gives you a certain amount of chances to complete it. It’s easy to play, and it feels like a cool game to enjoy when you want to relax. The combination of simple gameplay and original visual style makes Hitmasters stand out from its rivals of the same genre.

Hitmasters is a totally fun way to play puzzle games. You can spend an hour or a whole day, and the game won’t get you bored. It has a plain interface, and you will quickly figure out how to play the game. Hitmasters is available for Android and iOS devices.

Hitmasters is a puzzle game developed by Playgendary Limited. The game is available on Android and iOS mobile platforms. You can download it in no time if your phone is compatible with the game. It is free of charge with built-in purchases. Unfortunately, there are currently no PC, Xbox, Nintendo, or PS versions. Instead, Playgendary concentrates its attention on new Casual projects. Since 2017, there have been no updates on the official Twitter page of the company. However, they have made several updates in the game itself. The last 1.15.2 patch was made on June 29, 2021. The minor bugs were fixed then. Playgendary said that they had read all the players' reviews and hoped to improve the gaming experience. However, players continue to complain about the enormous amount of ads that appear during the game. Yet, you can pay for the service that blocks the ads in the game. Developers continue to use TikTok to promote their games Perfect Cream and Hitmasters. They raised the visibility of the game by 20 percent during the last year. According to the developers, they are planning to continue their cooperation with social media. Playgendary has numerous other projects including Tank Stars, Tomb of the Mask, Bouncemasters, Perfect Cream, Flow Legends, and Drawmaster. All of their games are available on both mobile platforms. You can download them either on Google Play Store for Android phones or App Store for your iPhone, iPad, or iPod touch. 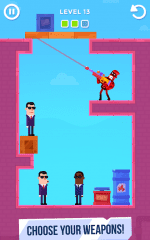 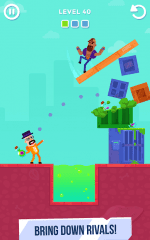 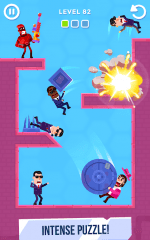 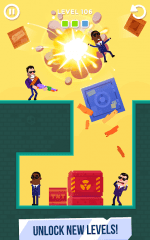 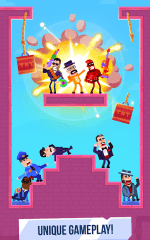