Among Us: What Is an Emergency Meeting, How to Call and Stand It 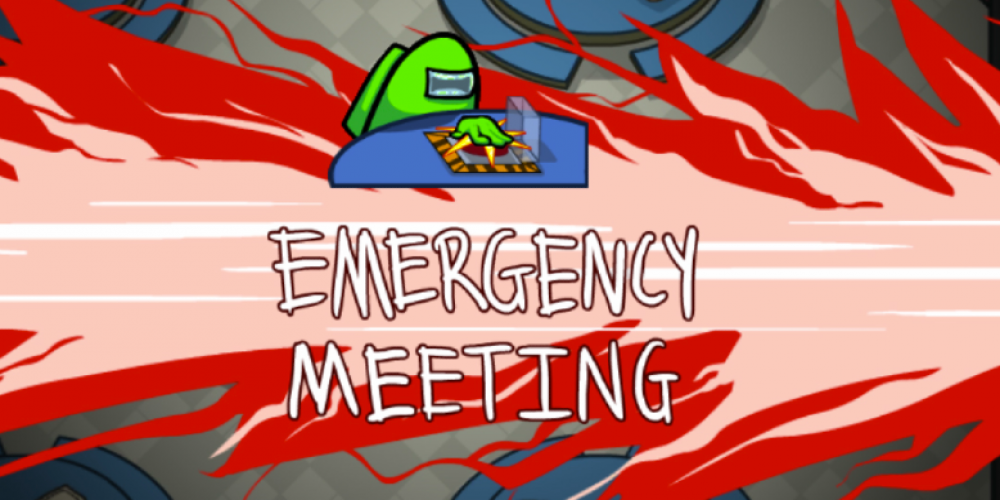 After a recent renovation in the iconic Among Us, it attracted even more players and re-encouraged old ones. This game is social, and one of the situations, where players interact, is an emergency meeting. So what is it, how does it happen, and what should you do during an emergency meeting? Here are some brief explanations (though the game requires much more than that to master).

An emergency meeting is (as the name suggests) a meeting that is called in case of emergency – for example, when a player notices something suspicious and wants to discuss it, or thinks they know an imposter. Then a discussion takes place, and after that, some of the players can be voted out and thrown overboard.

To call an emergency meeting, a player should report a dead body when they find it or make it to a certain place where a special button needs to be pushed. On pushing it, all the living characters are teleported to that place.

During an emergency meeting, players cannot move. They remain in place until the voting ends.

What’s the Difference between an Emergency Meeting and a Regular One?

While a regular meeting called Discussion Time happens regularly, after any round, an Emergency Meeting can be called at any moment.

To avoid abusing this right, each player has a limited ability to call emergency meetings. Usually, it’s one or two times during the entire game. But it depends on how what the initiator of a round decides and what the lobby prefers.

How Should a Crewmate Play an Emergency Meeting?

There is only one situation when your words matter. Someone is accusing someone else, and they may have their reasons. So you should interfere only if you know that these accusations are wrong. If you cannot protect another Crewmate from voting out, you get closer to being outnumbered.

On the other hand, if you have nothing to say to prove someone innocent, you better keep silent until the moment of voting. Then you only need to decide whether the reasons were convincing.

What if you are accused wrongly? You may sit and wait until someone decides to protect you. But if there is no one, you can just tell your version of events.

How Should an Imposter Play an Emergency Meeting?

The best reaction is to push the blame onto someone else. If you succeed, you get two kills in one round: the one you (or another imposter) had killed before the meeting was called, and the one you frame. On the other hand, the very fact of your activity and concern can reveal you as an Imposter. So you may keep from reacting to pretend you are a Crewmate.

In our imperfect world, though, you may try to imitate a Crewmate who does not know his interest. It also works. But only the voting shows whether you are acting right.

One of the most famous bugs in Among Us takes place when one player finds a dead body, and at the same moment, another one calls an Emergency Meeting. In this meeting, the character whose body was found is present simultaneously as a dead and as a living one. Technically in the end they turn out to be dead, but this dualistic presence is still overwhelming.

Have you played the updated version of Among Us? Which of the new roles do you prefer? And did you use the Emergency Meeting feature? Let’s have a discussion in the comments below. We promise no one will be voted out for their opinions.