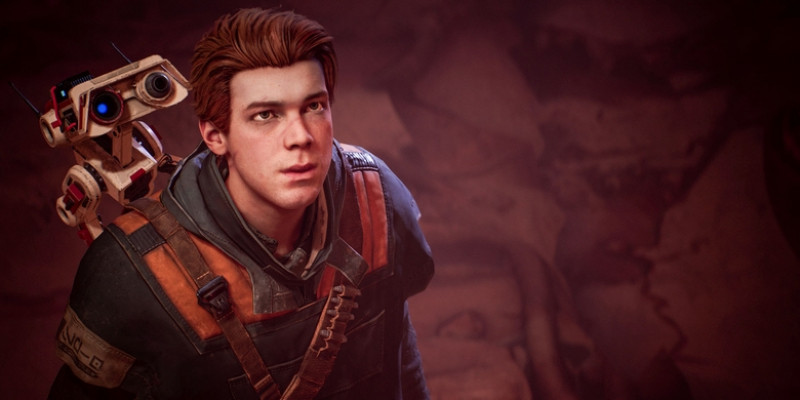 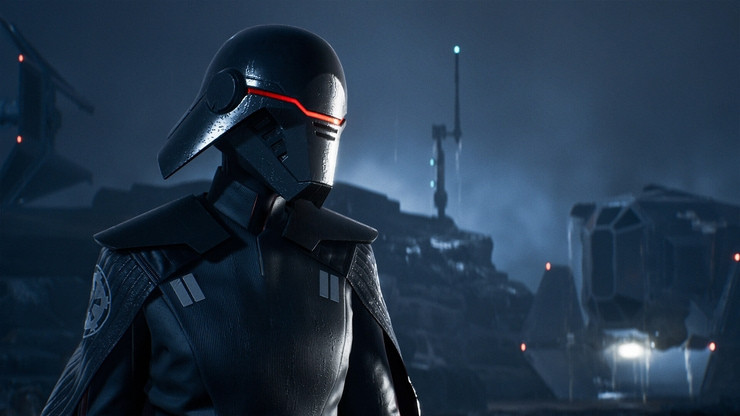 The first meeting with Oggdo-bogdo can cause a lot of difficulties. You can find it on the planet Bogano. Oggdo-bogdo is a huge reptile, and there are two attacks in its arsenal:

Both of these attacks are pretty easy to fend off. Oggdo-bogdo will be stunned for a moment, which will allow you to perform one or two strikes (if you play at the Grand Master Jedi difficulty level, then it is best to fight more safely with only one hit at a time).

The remaining attacks of this reptile are non-blocking. You can avoid them by dodging to the side. If you do this, you can inflict one (and sometimes two) blows while the creature is being restored. But make sure that you are doing exactly that roll and not the usual deviation to the side since Oggdo hitboxes sometimes behave very strangely.

Oggdo’s most dangerous attack is when it makes a sharp rush forward, which it will notify in advance by blowing its cheeks for a couple of seconds. Due to this, there is a very big chance that you will start dodging too early (on the Grand Jedi difficulty, this blow will kill you instantly). So watch carefully for the warning movement.

Phillak is a large creature that looks like a mountain goat that Cal encounters during the Zeffo mission. Before you can complete this quest, you need to unlock the Evasive Kick skill in the Lightsaber skill tree. To execute the creature, use the main attack button to strike. It will run at you and use its large horns to harm you, so you have to jump after it and make it kick you. Stay in front of it, cut it several times and dodge most of its attacks. In the end, it will pick up and strike a series of punches. When they hit Cal, wait for the next attack and dodge a quick strike. Cal should reach out and strike essentially.

These spiders are a nightmare of every arachnophobic in the World. They live on Datomir and may seem insignificant but are actually difficult to handle. Unlike other enemies, these spiders specialize in quick and long attacks. And they are likely to combine these attacks, so they’re difficult to cope with. Also, you have to remember that when they explode, their bodies are pouring the poison out, which doesn’t make you not safe either. 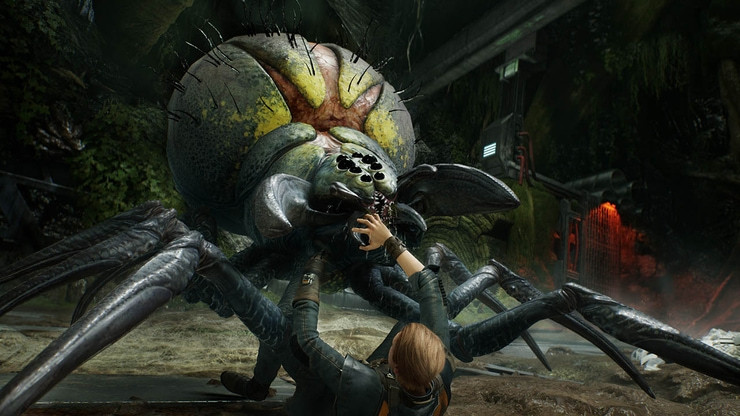 Wyyyscokk from Star Wars Jedi: Fallen Order is a huge spider that has several attacks in its arsenal. It lives on the planet Kashyyyk. To start, as soon as you step onto the web in the center of the arena, make a roll to avoid a sudden attack of a spider from above. However, the battle with the creature is quite simple. You just have to be as aggressive as possible.

When it tries to jump back (to increase the distance between you), follow it to reduce the distance. So you will not let it use one of its most dangerous attacks – spitting the cobwebs. Don’t wait for its next move, but just strike it until you see that the spider reared up and began to glow red. Avoid this moment and study its attacks to remember the timings for dodges. Also, feel free to use Force Slow or Force Attraction to cancel its attacks. This way you’ll give yourself the opportunity to inflict a few good shots.

These guys are inhabitants of Datomir, and they are extremely skilled in battles. Nightbrother Warriors know how to defend themselves, they are aggressive and hard to injure. Most players state that their block is hard to break, which makes it difficult to find the right strategy to defeat them. However, there is a way to defeat them. Use a one-hit shot to kill and force slow to hit multiple times. Before you try this technique, make sure you’re not out of force to avoid troubles.

To find this boss, you have to go on Zeffo. The Tomb Guardian is slow but strong. He has an extra-covered armor, which is quite hard to break. In addition, he has a wide range of melee attacks skills as well as ranged attacks. You have to be wide-awake to dodge before an attack comes or be ready to the stomp. This kind of attack is used to break your attacks. To defeat Tomb Guardian, you can use force to take out his core, leaving him stunned for a few seconds. Then hit him multiple times.

Jotaz lives on the planet Zeffo as well and looks like a huge unsuccessful genetic experiment on a toad. Crazy Jotaz has three main attacks that you should beware of. The first one is a combo of three hits with its long arms. These blows are so powerful that if you do not guess the moment and make a block instead of parrying, it will take you a lot of health. And even if you manage to fend off all his attacks, Jotaz is not the case when your level of endurance is a priority.

The second one is a one-time blocked attack with its long arm, which is preceded by a small leap forward. And since there is only one blow, it can be countered and blocked without any problems, and it is easy to dodge it.

Thirdly comes an unblockable attack, which consists of two parts. Jotaz notifies you about it with a red glow and a long growl. After that, he makes a sharp spurt, during which he will also make an attack with its right hand from the bottom up, and then he raises both hands up and sharply hits them on the ground. To avoid damage, dodge to the side at the very end of the growl. Once he misses, you can start hitting the boss using the force. 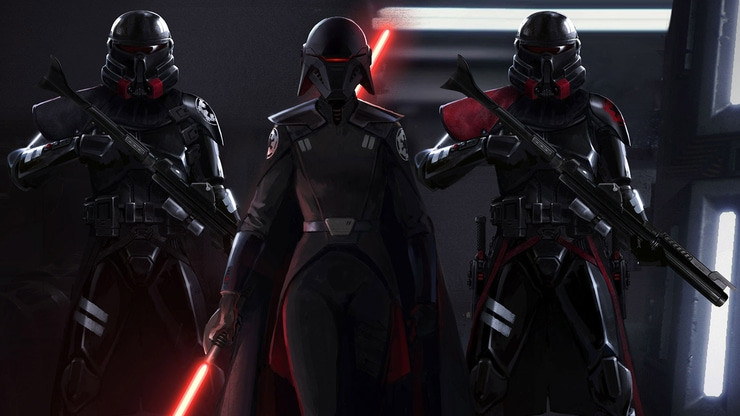 Purge Troopers fill the rest of this list. Purge Troopers (also known as Inquisitorium Troopers) are imperial soldiers subordinate to a secret unit of the security bureau known as the Inquisitorium. Compared to the standard armor of regular army soldiers, the Inquisitorium’s troopers armor is more resistant to damage and provides a high level of protection against blaster fire, but at the same time, it has more weight and reduced mobility. It has an unusual angular shape, giving the soldiers a deterrent appearance, and the radar-absorbing coating applied on top masks them from radar detection. The weakest of them is Electrohammer Trooper. His guard is hard to break, and he has slow attacks. However, the extensive training to kill the Jedies makes him one step higher than the previous enemies on this list.

This trooper has all the same powers and skills of the previous one, but he also has speed. Beware of his swift movements because they can be quite intimidating. It is difficult to hit him, so you need to enter the battle with strategy. The best approach is to dodge the attack by getting hit and then retreat. After that, you can hit him.

Electrobaton Trooper is the most dangerous one of them. He’s super-fast, moves smoothly and sometimes it is hard to even see his attacks. They can easily take several strips of your health. The best way is to use slow force to make a discovery, and use one of the strategies you used for previous troopers.

May The Force Be With You

‘The greatest teacher, failure is,’ said Master Yoda, and we totally agree! If you never try, you will never know how to defeat the boss, so we hope our tips will help you to succeed. If you use other methods or strategies, feel free to share your experience under this article!