Twitter Experiments With a New Design for Its Explore Page 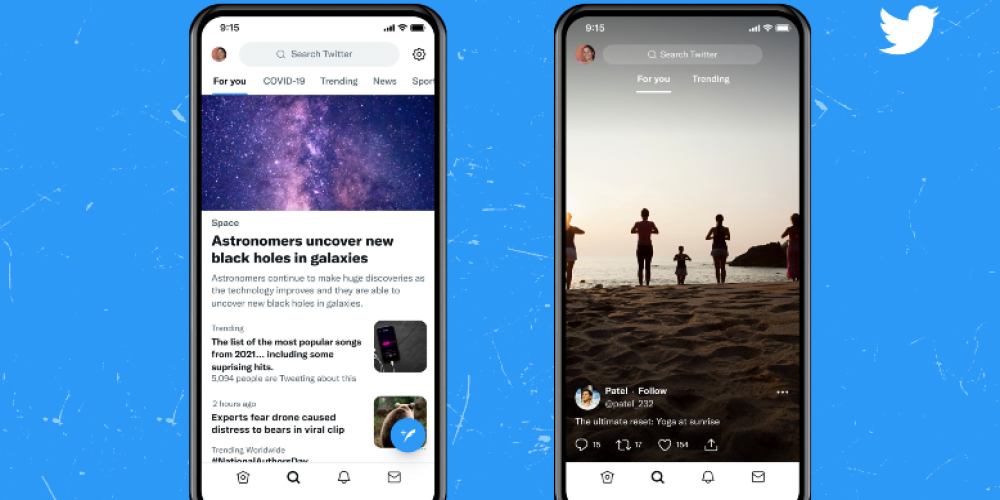 Twitter recently announced its plans to adopt a TikTok-like video stream for its explore page. This new explore page will still retain the "For you" tag to help personalize the videos you see. This new feature will be available on both the Android and iOS versions of the app.

In an interview, a Twitter official disclosed that they will be experimenting with a customized explore page to bring you more personalized information, keep you updated on the things you like, and help you discover new hobbies. Twitter sees this as a chance to make existing material more engaging.

Twitter is just one of many social networks to recently capitalize on the massive success of TikTok. TikTok, which focuses on sharing short clips of video content, recently hit more than a billion active monthly users. This makes it one of the fastest platforms to reach this milestone.

Following the massive success of TikTok's video-sharing approach, other social media and even some video-sharing services began to imitate TikTok's formula. With the introduction of Reels on Instagram, Shorts on YouTube, and Spotlight on Snapchat, all of which have experienced some success. Other entertainment services, such as Spotify, Netflix, and Reddit, have also hopped on the bandwagon.

Twitter's new CEO, Parag Agrawal, has been quite active. Twitter has introduced lots of new products and services, such as Twitter Blue, Tip Jar, and Spaces, the latter of which appears to be the most popular and appears to be Twitter's main focus for now. Twitter may be experimenting with a new TikTok-style design for its explore page, but that doesn't mean it will fully implement it, given that earlier copycat features, such as Fleets, were unsuccessful and had to be discontinued.

Have you had a chance to test the new features? Share your opinions with us in the comments below.