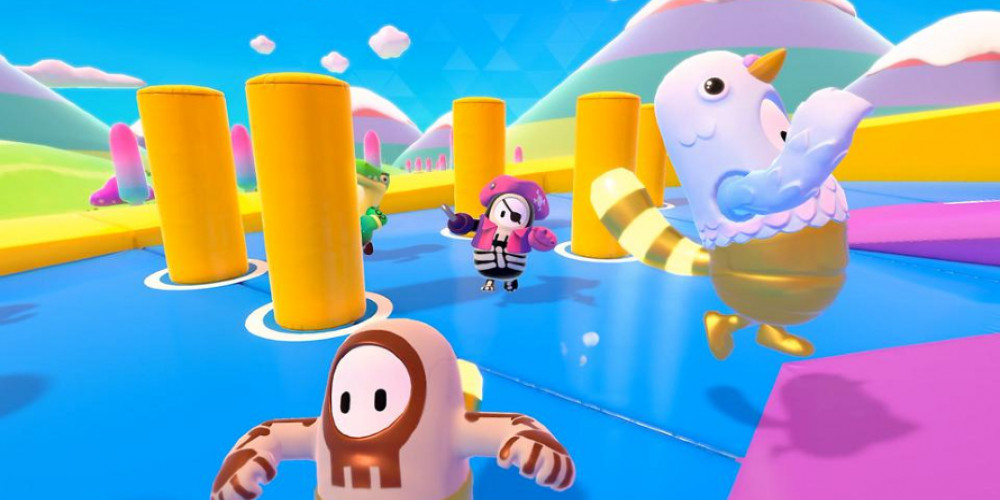 What did you expect from a game named Fall Guys? Silly mayhem, a Battle Royale take on Wipeout, a crowd of funny creatures running through sadistic obstacles – anything but number calculation, right? But that’s exactly what has been added in the recent updates. And that’s what kills the joy.

The initial reward system was a bit ill-considered, as crowns were hard to obtain, and kudos cost money (thanks for adding microtransactions in a paid game, yep). On the other hand, the further the seasons went, the more complicated the system became. Crown shards were added in Season 4, which made it even harder to learn which currency could be used for cosmetics, new levels, whatever.

Though complicated resource systems are often considered an intellectual game feature, introducing them is not always a smart move. For example, while it definitely fits strategic games or some RPGs, in a silly joyful adventure like Fall Guys: Ultimate Knockout it’s not necessary at all.

We’re not saying one currency will do for all the needs. No, it would be enough to have two: one that can only be earned and one that can be bought. Or vice versa. Four is a bit too much for an intendedly silly party game. Well, of course, players like to track their progress. Getting cooler during a season is quite a thing. But these upgrades (and currencies they are based on) make the game overcomplicated.

We’re just here to have a silly kind of fun. Why else would a conscious human being pretend to be a running jellybean pushing around their likes and trying to outrun them? Silliness is a part of the game. But don’t be confused: it’s the characters who are foolish and cartoonish, but not the players or the developers. You don’t make a planning game: it’s all about living in the moment. That’s what we’d like the developers to get in the next updates.