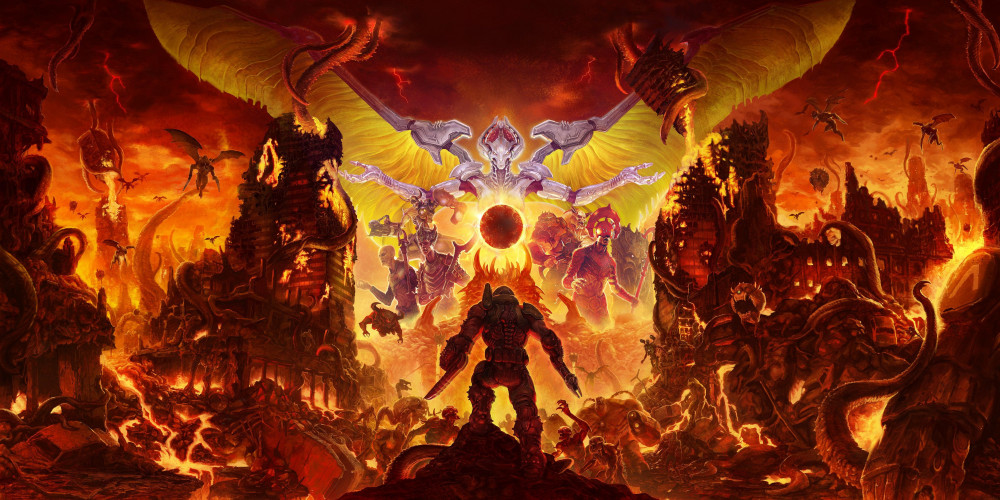 DOOM Eternal will be among the games that support both DLSS and Ray Tracing technologies. It’s been as spectacular as can be, but with these updates, it will become an incredible sight. Ray-traced reflection and new physical effects enabled by this patch will make DOOM Eternal RTX not quite a different game, but definitely a different experience. Expect this patch in June 2021. At least, so it was announced by NVIDIA in the beginning of the month.

The patch is being developed by NVIDIA, and what it brings is shown in a special gameplay video. This footage was made with NVIDIA GeForce RTX 3080Ti, with DLSS on, in 4K, at 75 to 110 FPS. In this video, you can see the direct comparison of gameplay with RTX on and off. It contains both combat scenes and slow walks, so you can see how it works in fast and slow motion. It only lasts 3’32”, but it is edited tightly enough to provide various scenes from the game.

Some players may complain that it lacks expected ray-traced effects, like illumination, shadows, or ambient occlusion. Anyway, it makes the game look quite different… and makes a PC player want to upgrade their hardware so they can enjoy the RTX-ed DOOM Eternal. Isn’t that what both NVIDIA and you want?