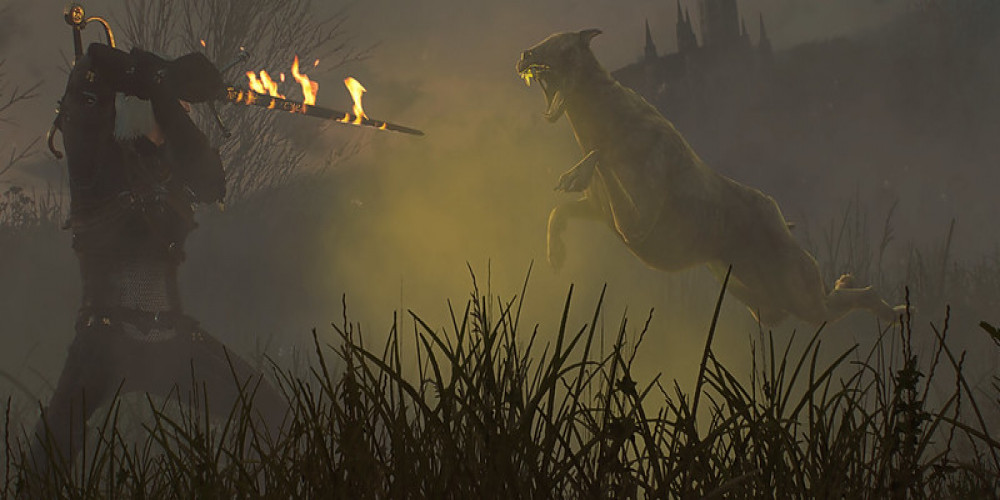 Fans of Witcher 3 are legend-makers. The community has created a Witcher 3 quest that isn’t any worse than any other game’s mission.

A new fan-made quest for Witcher 3, which is going to premiere yet, is called A Night to Remember and follows the game’s timeline right after the Blood & Wine events took place.

To put the story short, a memorable night begins with Geralt meeting an ethereal woman who sings an eerie lullaby by the river. Informing her that there's a bounty for her head, Geralt soon figures out that this ghostly lady is some sort of unique shiny vampire.

A battle follows, during which Geralt gets bitten. But the vampire lady herself sustains some heavy damage. After Geralt wakes up from a long blackout, he sees the woman’s body by his side that is burnt almost to ashes — the dawn’s rays scorched her to death.

Sounds like a really epic mission for the game. However, what makes this quest truly phenomenal is the voice acting — Geralt speaks using his actual voice.

Some couldn’t believe their ears and though that they managed to get  Douglas Cockle — the American actor who voices Geralt — to provide his vocal cords for the quest.

The truth turned out to be even more intriguing. Geralt was voiced by the CyberVoice — an AI-powered service that can emulate anybody’s voice from learning the original phonograms.

Of course, it’s far from perfection. You still can hear some synthetic tonality in what the AI feeds to your eardrums. But this synthetic tone is greatly smoothed out by the captivating plot of the quest.

Skyrim modders did the same thing in the past: they used Tacotron 2 voice synthesizer in their Wyrmstooth mode to imitate the voices of the original Skyrim actors.

Watch the trailer and see the degree of epicness. There’s no way it could be done without some sort of witchery.