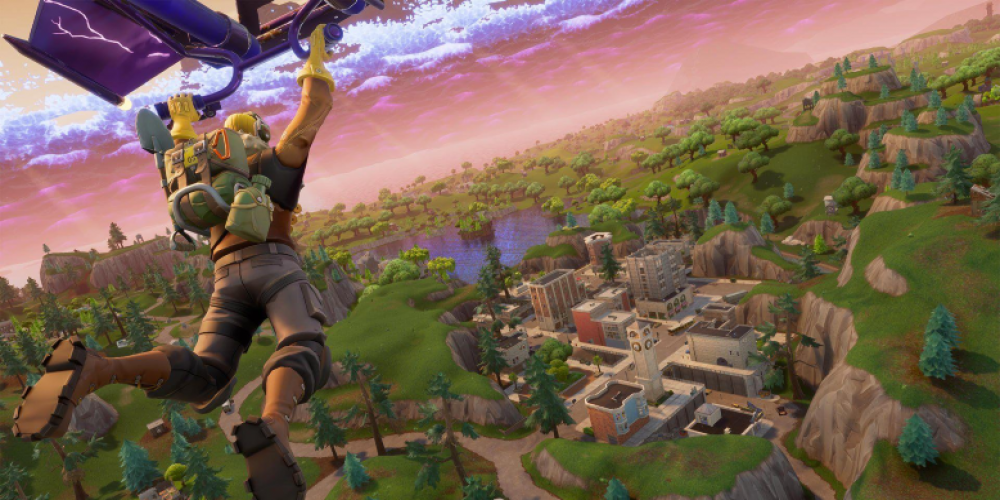 Fortnite is one of the biggest battle royales that started a massive trend for the genre a few years ago. Perhaps, you’ve already played it a lot if you are here, so here are 10 other great titles that will quench your thirst for original battle royale installments!

CoD Warzone is a free 150-player battle royale that features super-charged graphics, a bunch of unique modes, and even airdrop multiplayer loadouts. The game supports crossplay so that you can play it with anyone who has a PC, Xbox One, or PS 4. What’s even better, the game will work even if you don’t own a copy of Call of Duty Modern Warfare.

PUBG is the very first battle royale game on the market that used to be the absolute boss of the genre before Fortnite came out. Still, it offers an entirely different approach to matchmaking than its cartoony rival. It features 99v1 gameplay too, but offers much more realistic visuals, and 4 huge maps, each of which is larger than Fortnite’s Island. And, yes, here your enemies can’t simply build a wall when you shoot ‘em.

Being the successor of the once-popular multiplayer shooter Titanfall, Apex Legends can boast an awesome roster of heroes to choose from and loads of kick-ass special abilities for each. Imagine Overwatch that became a battle royale to have a better idea of what it is like and get ready to play free of charge!

Ring of Elysium is a tough PC exclusive that manages to balance the realism of PUBG and the childishness of Fortnite. Do you want to visit a realistic battlefield carrying a real cat in a backpack with a bubble window? RoE lets you do that! Add a super-detailed character editor to the pile and you’ll get one of the best battle royales out there.

As usual, Halo remains a PC and Xbox crossplay exclusive, but it’s free-to-play and has all the best features from the classic Halo 3 and Halo Reach if you know what it means. Technically, it’s not battle royale, but it features huge arenas with dozens of competitors and joyful shooting and multiplayer mechanics.

CoD developers are very serious about battle royale, so here is their second installment in the genre, but for iOS and Android. The game features a large map, lots of vehicles (even tanks), and a highly dynamic battle pace. If you don’t like PUBG for some reason, CoD Mobile will definitely win your heart.

Knives Out is a free mobile clone of PUBG and Fortnite that manages to deliver a unique take on battle royale. The game features a huge map (actually, much bigger than that in Fortnite), but makes you chase the safe zone faster and face enemies at a pretty high pace. It is the battle royale for iOS and Android after PUBG mobile, Fortnite, and Call of Duy Mobile.

Want a funky top-down battle royale for your browser? Surv.io is what you need then! There’s not much to say about this game rather than it’s 2D, super-fast, and super fun.

Do you want more vehicles in Fortnite or PUBG? How about a battle royale game that’s totally on wheels? H1Z1 had started as an average zombie shooter but quickly became a 150-player auto-royale arena with ramps, wacky physics, and a sprinkle of Mad Max aesthetics. It’s the one and only auto royale that’s definitely worth your try!

On the one hand, TABG is a real battle royale game. On the other hand, it’s the silliest thing you’ve ever played. It has the wackiest physics you can imagine and, well, the most hilarious sound effects.

With such a great bunch of competitive multiplayer games like Fortnite, you should definitely start scheduling what to play first! Which titles from our list will you play this winter? Hop to the comments and let us know. Besides, you can share the listing with friends and choose what to play together during the holidays!