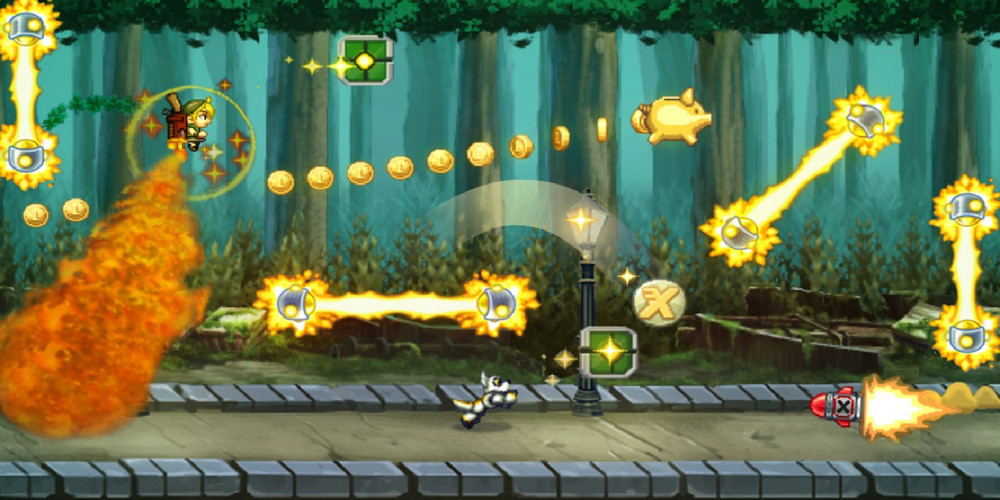 The popular game is coming to Apple Arcade. If you were complaining about the lack of classic games on the service, you would appreciate good news from Apple. Jetpack Joyride is the Plus version that is expected to decorate Apple Arcade’s library. This never-stopping runner created by Halfbrick Studios released back in 2011 is the perfect example of classics that does not get boring.

This adventure game was originally released for iOS platforms in 2011. It quickly became popular, and the developers decided to publish the game on other platforms as well. Nowadays, it is available on all platforms. The main character is Barry Steakfries, whom you might know from the games like Monster Dash and Age of Zombies. Barry decided to steal a jetpack from the laboratory and travel around the world. While you might not agree with Barry’s kleptomania, the game won multiple awards and topped the charts for years. Flying with the jetpack, your character has to avoid missiles and numerous obstacles on his way.

You can download this game even now, using the App Store. However, some of the items are available only as in-app purchases. Once you become an Apple Arcade subscriber, the game will be fully opened for you. All the content you had to buy, like Coin Buster Pack, Coin Ultra Pack, Mysterious reward, or a handful of coins will be available for subscribers for free.

Apple Arcade offers paid subscriptions. One month of it costs $4.99. You receive a free trial month during which you can decide whether you want this service or not. The annual plan costs $49.99. In April 2021, the service announced that they would open a category for games like Jetpack Joyride called “Timeless Classics.” It already contains Fruit Ninja, Cut the Rope, and Monument Valley. In their recent message, the company said they plan to include Doodle God Universe, Angry Birds, and Alto’s Odyssey.