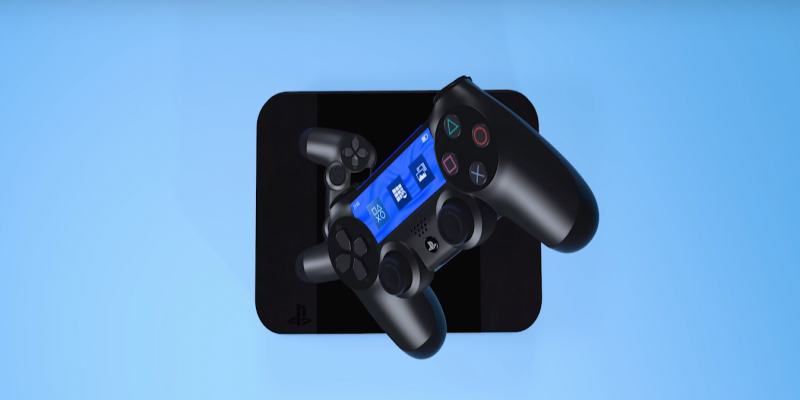 It’s all official! Sony confirmed that the new-generation PlayStation 5 will be land at the end of 2020. Although it gained a lot of hype and excitement, people still do not know the answers to a number of questions. What is the exact date of release? How much will it cost? What are the main features and newly added options? In this article, we do not promise to shed light on all the questions and give you exact answers, however, we promise to find out as much as possible from the information we have now.

Question 1: When the new PS5 is planned to be revealed?

If you look at this question from the technical side, then theoretically, the new console is already revealed. We know several distinct details, we know the name of the product, and we know that the sales of new PlayStation 5 will begin in Holiday 2020. As practice shows, ‘Holiday 2020’ means November. But do not forget that these are just our guesses. Maybe, you will need to wait until mid-December, or on the contrary, can get the new PS5 at the end of October. Precisely because there is no exact release date, developers can postpone the start dates of sales and product releases.

Question 2: How much will PlayStation 5 cost?

The second, no less exciting question is the price. How much will the new Playstation 5 cost? To demonstrate the importance of this factor, you can recall the situation when Xbox 360 beat the PlayStation 3 version only because its price was much lower. By the way, let's not forget that now the Xbox is breathing in Sonya’s back, as they are also planning a new release of their device. The company learned this lesson, and by the time of the release of PlayStation 4, the price had been significantly reduced. What awaits us with PlayStation 5? What pricing strategy will be chosen? Will it go along the path of version 3 or 4?

Question 3: How about backward compatibility?

Ok, for now, we know exactly that new PlayStation 5 will have backward compatibility. But what’s still in the air is the question about the form that it will take. In fact, Sony did not reveal the details. Hopefully, at the very least, it means that users can transfer their digital library from PS4 to PS5. As a result, you can play the games you have already purchased and installed on the console. But it is still just our desire which is not confirmed in any way by Sony.

Question 4: Can I transfer my PS4 information to PS5?

Talking about backward compatibility, we cannot but touch on the topic of transferring games from one version of the console to another. Now let’s explain what we mean. Suppose that players can still transfer their entire library of games to PlayStation 5. However, what will happen to the progress of the game? Will it survive? Or will PlayStation 5 only support game files?

Question 5: How will PlayStation 5 look?

Performance and technical issues, of course, are important. However, do not forget about the design of the device. After all, it will have to harmoniously fit into the interior of your bedroom or living room. Looking at the previous versions of PlayStation, we will allow ourselves to assume that there should be no problems. All previous models looked minimalistic, a bit futuristic and neat. A long search on the Internet showed that now you can find several types of design for the future PlayStation. This issue is being actively discussed and there are many rumors around it. However, until Sony did not introduce the exact model, we will not make any loud statements.

Question 6: What will the controllers look like? How much will they cost?

Since we have touched on the topic of design, let's talk about controllers. Some details are already known, but photos of future models have not yet been published. Many eyewitnesses note their similarities to the classic DualShock design. But even this is not the most important thing. What really needs to be emphasized is the price. The price of controllers on today's market is far from low. How does this affect new models? Will there be any more budget options? Or will people have to sell a kidney to buy them? Of course, we joke and exaggerate a little, but the idea is clear.

Question 7: Will the PS4 accessories work with a new PS5?

A little higher, we raised the question of whether there will be some cheaper options for controllers in case the price of new ones is very high. What is now interesting is will accessories from previous versions work with the new console or will you have to update everything?

Of course, we hope that some of the accessories will still work on the new console. For example, it has already been officially confirmed that the PSVR helmets are compatible with PlayStation 5.

Question 8: What about PSVR2?

Games with the support for virtual reality are developing at a staggering rate. For example, PSVR helmets are only three years old, however, the release of the second version is already planned. We know for sure that PlayStation 5 will support the first version of the helmets, but what about the second? The recent patent by Sony, PlayStation 5 VR, showcased the support of several features that will be implemented in PSVR2 hardware. Does it mean that the new PlayStation will be compatible with these helmets?  We are waiting for any information from Sony.

Question 9: Will it have several models?

Usually, on the day of the release of a new Xbox or PlayStation, in addition to the main model, the public is also offered a choice of several other options. For example, Xbox One X or PS4 Pro. These variations differ slightly in the number of features, but they have one advantage: pricing policy. If the price of the main model does not satisfy the users, for example, it turns out to be very high, they will always be able to purchase a more budget option. In addition, judging by the initial description of the console’s functionality, it will most likely be expensive.

Question 10: Which first games will be compatible with the new PlayStation 5?

We think that the question of the importance of games can hardly be overestimated. Indeed, how perfect is the product you make, if there are no games adapted to work on it, the console is unlikely to be successful. What set of games will Sony choose to present its product? Will it be completely new games or rather sequels to the already known? We think that it is worth paying attention to Horizon: Zero Dawn and the Bluepoint Game, the releases of which are already expected in the gaming industry very much.

This was our list of the most discussed questions on the Internet among gamers. And what new features would you like to see in PlayStation 5? Share with us in the comments below.